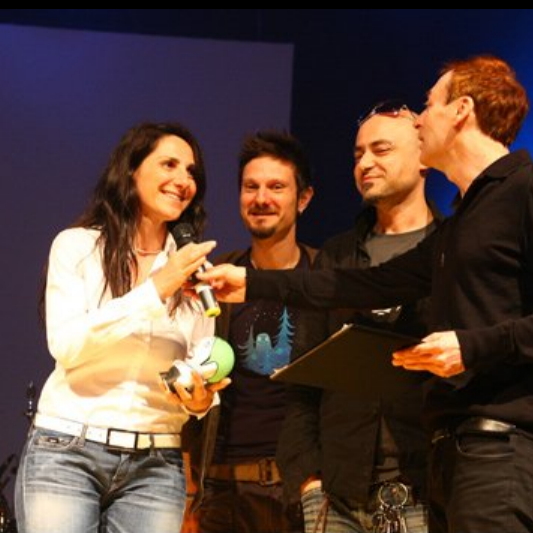 Upload – Sound Music Festival It’s a project conceived and implemented by Katia Tenti since 2008 as a platform for young music talents from the province of Bolzano that has developed over time to become a platform of the three provinces of Euregio (South Tyrol, Trentino and Tyrol).

The first edition in 2008 involved young musicians up to the age of 26 with the aim of stimulating their creativity and fostering their professional growth in the music sector to promote their talent and therefore their professionalism in the artistic-musical field.

The initiative included a competition and a festival with the aim of enhancing the artistic figure of local musicians and groups, providing them with an important showcase in which to propose themselves, gain experience and dialogue with each other, offer a comparison with national and international realities and create a support for a large local, regional and extra-regional community where musicians and enthusiasts could compare and share their experiences.

The events of the first edition were managed by a general coordinator supported by an artistic committee that evaluated the contents, appointed the jury and drew up the rules of participation in the events of the festival.

The artistic committee was composed of both national and local music industry representatives. The jury of the first competition, formed by members of national level called by the artistic committee, included prominent figures such as Giordano Sangiorgi, Walter Savelli, GiuseppeZanca and Luca Pitteri.

Two workshops were organized around the festival, coordinated by music journalist Pierfrancesco Pacoda and DJ LucaAgnelli.

This website uses cookies to improve your experience while you navigate through the website. Out of these, the cookies that are categorized as necessary are stored on your browser as they are essential for the working of basic functionalities of the website. We also use third-party cookies that help us analyze and understand how you use this website. These cookies will be stored in your browser only with your consent. You also have the option to opt-out of these cookies. But opting out of some of these cookies may affect your browsing experience.
ACCETTA E SALVA
error: Content is protected !!